Introduction to the Module 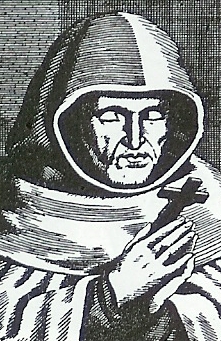 The Carmelite friar John of Saint-Samson, O.Carm., deserves to be better known in the Carmelite Family and in the wider Christian Church. Those few people who have heard of him at all usually know three things: that he was blind; that he was a gifted musician; and that he dictated words of spiritual guidance that are full of insight and wisdom.

Venerable John of Saint-Samson (1571-1636) is regarded as the spiritual master of the seventeenth-century Reform of Touraine, an ‘observance’ or reform movement within the Carmelite Order. He is one of the great mystics of the ‘Golden Century’ of French spirituality. Under obedience this blind brother dictated about four thousand pages recounting his mystical experiences. His wisdom still speaks to us today.

This module is structured in five units. The first unit offers a biography of John’s early life, setting him in the religious and cultural context of seventeenth-century France. The second unit looks at John’s life in Carmel, and contemporary devotion to him in today’s Church. The third unit offers an overview of the prolific writings of John of Saint-Samson, and unit four presents selected passages of his texts. The fifth unit reflects upon John’s spiritual doctrine.

The materials for this module have been compiled by Johan Bergström-Allen, T.O.C., from a variety of sources. Biographical information on John of Saint-Samson was adapted from: Wilfrid McGreal, John of St. Samson, (Faversham, Kent: Carmelite Press, 1962), and Emanuele Boaga, Perfect Union with God: the Venerable John of Saint-Samson, (Rome: Carmelite Institute, unpublished course notes, 1986). Fr. Boaga’s text was translated into English by Fr. Cyril Baxter, O.Carm., and edited by Fr. Richard Copsey, O.Carm. The text and translation of the Cantique Spirituel first appeared in Robert Stefanotti, The Phoenix of Rennes: The Life and Poetry of John of St. Samson, 1571-1636, (New York: Peter Lang, 1994), and are reproduced with permission.

Further reading on John of Saint-Samson

All the materials you need are included in this module. You do not need to, but should you wish to read further about John of Saint-Samson the following resources might be useful (though note that not all are in English). All these resources are available in major Carmelite libraries such as Aylesford in Kent, and Gort Muire or Avila communities in Dublin. Some of these resources can be bought from Carmelite booksellers such as the Carmelite Book Service in Oxford or Saint Albert’s Press in Faversham.

Editions of his work

Modern critical editions of the complete works of John of Saint-Samson in the original French are currently being compiled under the direction of the Dutch scholar Fr Hein Blommestijn, OCarm. They are being published jointly by French (FAC-éditions) and Italian (Edizioni Carmelitane) publishers. So far three of the proposed ten editions have been produced:

Commentaries and anthologies in English

There is not much information about John of Saint-Samson easily available in English. The first book in this list, The Phoenix of Rennes, is the most comprehensive survey available at present, and can be ordered from Saint Albert’s Press Book Distribution in Faversham. For a general introduction to John the biographies by Valabek and McGreal are especially useful.

The course is divided into 5 units of input and, at the end, you may complete a Questionnaire, write a Learning Journal, or write an Essay.

Once posted, each unit will be available until the end of the module. The dates on which each of the units, and the other material for this course is available in the calendar in the Student Section.

From the date corresponding to the relevant Monday (see main web page of www.cibi.ie), you can click on the relevant unit to access it. Each module includes links to other internet sites of various kinds related to the material being covered.

Once you have successfully accessed and studied the material in each module and received the Essay titles and the questionnaire, pleace complete either the Questionnaire, write a Learning Journal, or write an Essay based on one of the Essay titles given, and return it to to the course administrator: [email protected]

Copyright: CIBI holds the copyright to this material (text, graphic and other); distribution to family or friends, or publication (including on internet) of any part of the material is not permitted without the CIBI ’s explicit written permission.